Date and Time: 24 September, Sunday from 1:00 pm
Organised and Conducted by: Kunal Sawardekar and Kunal Thakar
Venue: Dewang Mehta Auditorium, Bhageerath, Persistent Systems Pvt. Ltd., Pune
Flavour: General (with a bias towards popular culture :-))
Team Size: Two per team
Contact for info: 9923224475/kunalns[at]gmail
Usual notes: We will also try to conduct a newbie quiz as part of the proceedings. If you don't have a partner, that's not a problem - just show up.

Thread on this: here.

In the name of the "father"

I'm a little uncomfortable that it takes movies like "Rang De Basanti" and "Lage Raho Munnabhai" to spark off a revival of interest in freedom fighters and activism and M.K.Gandhi. Blame it on the way history was taught to entire generations or on lack of interest. The man (not the mythologised "Mahatma") deserves an opinion (whatever the opinion may be) from all of us.
at 8:34 AM 6 comments
Email ThisBlogThis!Share to TwitterShare to FacebookShare to Pinterest
Tags: cartoons, films, hindi films, india, mkg, news, personal

If I write this, it's because Chuck Norris allows me to 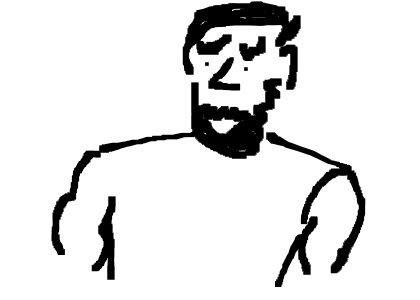 Those were some Chuck Norris Facts. For lots (I mean really lots more), click here.

Definitions:
junta: noun, alt. meaning: urban Indian slang to indicate a group of people (as in "all the junta is at the audi"); derived from the Hindi word for "people" (and not to be confused with cliques of nasty ruling militiamen)

junta movie: proposed neologism, to indicate an ensemble movie of a genre featuring the most number of actors and crewmen usually associated with that genre, i.e. a dream team of sorts.

* Mandi, a Shyam Benegal movie, is easily the "junta movie" in the "parallel" arts cinema movement of the 70s and 80s. Featuring a complete cast of actors, actresses, "supporting" regulars such as Amrish Puri and Neena Gupta, writing by Satyadev Dubey and music (partly) by Vanraj Bhatia. (Of course, the vast project of "Bharat Ek Khoj" would feature the entire Benegal pantheon later.) Perhaps "junta movies" can be best described by those who are missing. In this case, a prominent absentee would be Govind Nihalani behind the camera, but his place was taken by a notable name in Ashok Mehta and recall that Nihalani's "Ardh Satya" released that same year.

* Love Actually even had Rowan Atkinson returning to do a small but hilarious cameo. Richard Curtis, the man who wrote all the great British romantic comedies of the last decade, turned director for the first time and pulled in an appropriate tableau of comic actors (mind you, the average British actor is usually good at all kinds of acting). There's Colin Firth who's again having wives ditch him for others, wonderful all-round actors such as Emma Thompson, Bill Nighy, Alan Rickman and even Liam Neeson, Keira Knightley takes on the mantle of the pretty romantic heroine and there's Laura Linney instead of Bridget Jones. (A fleeting thought passed by noting the absence of someone big, but I can't put my finger on it.) And of course, there's Hugh Grant - a man whom Curtis's screenplays have been keeping in business for a long while - playing Prime Minister, no less. There's high concept for you.

* By now, everyone's seen Jaane Bhi Do Yaaro in excess of at least 50 times, so it's pretty clear why this is a "junta movie". Almost all the members of the FTII/NSD generation to make it big in the late 70s and early 80s are here (exception: Shabana Azmi) either in front of or behind the screen.

* My last pick for the day is another "British" movie, but by that master of the "ensemble movie as an art form", Robert Altman. Gosford Park complements "Love Actually" by packing a vast range of the finest British dramatic talent. If you have Helen Mirren, Kristin Scott Thomas, Dame Maggie Smith on one side, you have Derek Jacobi, Michael Gambon, Alan Bates on the other. A bunch of the younger generation such as Emily Watson and Ryan Phillippe later, and well, this is one of the best ensembles ever put together. Notable absentees are several, but that's more owing to the sheer size of acting talent in the UK than anything else.

As the verdict on the Bombay '93 blasts (sadly, these days we have to affix a year to the phrase "Bombay/Mumbai Blasts") comes to the end of its slow and painful unravelling, Hindi film fans could perhaps (selfishly) start to hope that Anurag Kashyap's Black Friday finally sees the dark of the theatre-halls (why the release was stalled).

Almost everyone who wanted to see the film has probably seen it, probably making it the unofficial winner of the "most widely watched unreleased film" tag (that is supposedly held by Kashyap's earlier, Paanch). But we will watch it in a movie-hall, Anurag.

The inauguration of this year's "Pune Festival" was hijacked by Messrs. Shatrughan Sinha and Rahul Bajaj (political motives aren't too difficult to locate though) who raised the pothole issue. The whole thing tends to be a bit of a Suresh Kalmadi show, so I am sure there was discomfiture all around. But then Mr. Kalmadi doesn't really have much of a leg to stand on, given his views that the roads in the Queen of the Deccan are not that bad as we make it out to be.

This and earlier statements have made me wonder if our Hon. MP has been taking President Ahmadinejad's correspondence course on denials. (Though not as grave of course but the situation is a bit of a hole-o-caust when experienced on a daily basis.) Soon, as levels of his proficiency improve, the MP's smooth-talk will potentially go places. I also wonder about his vision - does he possess a unique quality that renders all serrated surfaces as smooth? So here are some typically (for these pages) absurd futuristic scenarios if in case the market for "Asian-Afro" and other games collapsed:

1. Our man becomes the PR frontman for a much-maligned acne-removal cream company whose product is showing some unnecessary side-effects. When confronted by a particularly rash member of the paying public, our man says: "Acne? What acne? I can't see anything"

2. Our man joins his new business associates for a round of golf/pool. "You said I had to hit the ball into the hole. Hole? What hole? I can't see anything"

3. The Americans are back on the moon and are about to land. Flight Commander Neil Louis announces as he walks down into the crackly radio-waves: "The moon is just as we left her. Small craters continue to form as small meteorites rain down" Suddenly the airwaves record an interruption: "Craters? What craters? I can't see anything"

Silly and absurd, I know, but blame it on the few times there was cranium-grey cell contact due to the bituminous absence below. And as for the post title, well, a literal translation of the surname into his native Kannada (with some slight liberties) produces that suggestive output.