I am convinced some vehicles suffer from Tourette's Syndrome. What else explains the tendency of some automobiles to keep honking from behind?

Earlier today, I was cycling along with friends down an empty road when an auto started to talk dirty from behind. Moving from our left lane to the non-existent ultra-Maoist lane off the road, the auto went past. With a honk. What's more, it travelled down the road intermittently spewing *b(l)eeps* at no one in particular. What else than Tourette's?

This impression is further increased by the fact that drivers of these renegade motors give you a hapless look - the "how could I be so rude as to honk at you unnecessarily?" version. Their vehicles must be taking them for a ride.

This blog migrated to the newer version of Blogger, and as Aditya predicted, I'm all gaga over the possibilities of using labels. I'd like to label each and every post of mine, however trivial, and so site feeds for this blog will show up with the promise of new posts in their UIs, but will only be old posts garnished with a label. Please do not blame your aggregator.
at 3:10 PM 4 comments
Email ThisBlogThis!Share to TwitterShare to FacebookShare to Pinterest
Tags: blog_news

A selection of haikus:

Autumn is a race,
man seeks the comfort of fire,
sunlight comes second

Lying on my back.
A cloud flits by in the sky.
Hey, it made a face!

To the passing ant,
I am God. It is afraid.
But today, I'm kind.

Is this a haiku?
Only if I can squeeze in
enough syllables.

at 11:05 AM 0 comments
Email ThisBlogThis!Share to TwitterShare to FacebookShare to Pinterest
Tags: poetry

All you need is Spam


(With apologies to The Beatles)
at 12:05 PM 2 comments
Email ThisBlogThis!Share to TwitterShare to FacebookShare to Pinterest
Tags: beatles, humour, poetry, writings

Well done, the Indian cricket team. But the modern team that now clearly knows how to win away from home (and has to sometimes remind itself of how to do win at home :-)) needs to learn to avoid a historic trend. Indian teams have paradoxically been at their most vulnerable immediately after winning Tests abroad, given what has happened before in Australia (2003), Pakistan (2004), and West Indies (2002).

But what happened today was fun. There were a few parallels between the Australian and Indian wins today, with Flintoff and Pollock leading a late and doomed revival at the end, and veteran leggies Warne and Kumble seeing their teams through. The celebrations were similarly insane. Test cricket's better days. 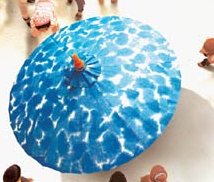 Looking forward to Vishal Bhardwaj's The Blue Umbrella, based on Ruskin Bond's short story of the same name, releasing on the 5th of January. Trailers are out and the Umbrella is looking magical. As is Pankaj Kapur's performance, even in the couple of minutes we see him in the teaser.

And: Rediff feature on the film, Raja Sen raving about the film.

1. No. 10 pair Monty Panesar and Steve Harmison peppering the boundary with some carefully chosen shots much to the annoyance of the Aussie bowlers
2. Gorgeous Test match batting by Sachin Tendulkar in the first innings at the Wanderers. An effort that was 90% perfect, with some assured leaves and masterly drives. It was not quite a masterclass, but a great tutorial. But only 90%, because 9% docked for getting out to a good but not unplayable (from my seat) Kallis delivery, and 1% for a Nel ball that got him into an awkward spot.
3. Adam Gilchrist striking the ball with such élan to bring up the 2nd fastest ton in Test history. If Umpires Dar and Koertzen had "wided" a couple of ungettable balls, then he'd even have gone past Sir Viv. The hygiene of his hitting would have made mothers all around the world proud. If I am not mistaken, he now has the 2nd fastest hundred and double hundreds in the profession.
4. An Indian pace attack skittling out a Test side in 25 odd overs for under a 100. Away.
5. The Channel Nine coverage: the "3-tracker", the "hot-spot", the "ultra slow motion" make viewing a pleasure. They also introduced the simple but novel idea of three commentators at the same time (which Star Sports have picked up too). As long as one of them is not Tony Greig, it's a great place to watch cricket.
at 7:22 AM 8 comments
Email ThisBlogThis!Share to TwitterShare to FacebookShare to Pinterest
Tags: cricket, sport

Playing away from the body for the last time

One of my most favourite contemporary batsmen, one who rescued the adjective "elegant" from being reduced to a overused platitude, calls it a day. A recurring pattern of Damien Martyn's career has been the repeated questioning of his place in the mega-talented Aussie team probably because he seems so un-Australian, in his subdued exploration of his extravagant talent (think VVS in India).

The cliché goes that one must retire when people ask why. I'm inclined to ask why of the man of whom I thought 'If life was the Australian cricket team, I'd be Damien Martyn'. Farewell Marto.

at 11:46 AM 1 comments
Email ThisBlogThis!Share to TwitterShare to FacebookShare to Pinterest
Tags: cricket, oz, sport

George provides a comprehensive summary re: the current state of affairs of the spaghetti bowl that is Ram Gopal Varma ka Sholay. Given that the cast seems to have turned into a local railway platform what with the comings and goings, it's sheer ego-power that seems to drive Ram Gopal Varma ahead with the project.

Even if he makes a great tribute (he didn't quite manage it in Sarkar) to the by now only parody-fodder classic, what's the point? The tendency of many of the current breed of Indian newbie directors to fulfill childhood fantasies is becoming fairly painful. Perhaps a much better idea could have been to make a Gabbar-prequel, a la Anakin Skywalker to D.V. story. RGV could have then indulged, and with justification, in drooling over say, Abhishek as Gabbar and Amitabh as (the legendary) Hari Singh. It's a backstory waiting to be told. Lal-ettan could still have played the Thakur.

The problem with RGV films of late (and make no mistake about the fact that we still adore what the man did, but now that Vishal B and Anurag K sparkle brightly on the horizon, RGV is no longer the only pole of hope) is that he collaborates with far too few of the "good" folks. Anurag Kashyap reckons RGV still has it. A certain Sourav Chandidas Ganguly showed today that he still has the power to surprise. We're waiting for the similarly temperamental Ram Gopal Varma to resume business.

Douglas Coupland is probably best known for coining the period-defining moniker "Generation X". It was merely on that basis that I reached out and picked up his 2004 book "Eleanor Rigby" off the library shelf.

"Eleanor Rigby" is narrated by Liz Dunn, someone whose life measures upto the song. Through Liz, the novel provides some of the best insights into the curious mental state that is loneliness, threading through the immense anonymity and sameness that life can cloak itself with. Now, society as a whole thrives on dispelling physical loneliness - dwellings overrun into each other, marriages mean you are a unit of at least two, and technology makes a mockery of Euclidean spaces. But to the loner (who could be that by choice or otherwise), it only provides more evidence of how isolated she is.

But even the loneliest of lives have their share of excitement. Liz Dunn's life is invaded by the Hale-Bopp comet, a long-lost son, an even more lost past, and even a meteorite. This may seem terribly exciting to happen to one person, but unlike other novels where the novelty of the situation forms the raison d'etre of the book, here these events are mulled over and eventually decay to dullness. Liz is comfortable with her loneliness, which doesn't necessary stop her from thinking about it. But some changes are irreversible, and maybe, there's a little companionship in the horizon? Hard to tell.

Now, I'm not saying this is a great novel - far from it. It's a very easy read though. Liz is no fool - she may live outside the orbit of society, but there isn't much she can do about it. This enables her to make some objectively sardonic commentary about the others. The ending, indeed the entire progression may seem flawed and unable to go anywhere. But I didn't mind it not going anywhere. I was just surprised to see someone capture the idea of loneliness so well. Do exciting people lead exciting lives because exciting things happen to them, or because they make things exciting? People in novels are almost always exciting or are having exciting things happen to them (like the kids in Enid Blyton novels). It was a nice change to have Liz Dunn speak about a uni-life.

Elsewhere, a bunch of reviews on the book
And mirrored on the lit blog

India lost their first Test match versus England in 1932 by 158 runs. Their first one day international ended in the same result, losing again to England, but this time by 4 wickets.

Incidentally, India will become the last Test playing nation to go "Twenty20" - a mixture of apathy and snootiness has played its part in not being up wth the times. So given all this history and the current state of affairs and South Africa's 100% record in this tiniest of forms, it'll be a surprise if India beat form and fortune.

(update: which they did.)